NextEra looks to build another 50-60 turbines in Adelaide-Metcalfe, Warwick and Brooke-Alvinston 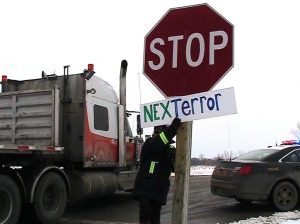 Paul Morden, Sarnia Observer
NextEra Energy is signing up landowners for a possible new wind energy project in eastern Lambton County and neighbouring Middlesex County. The company that built the 92-turbine Jericho project in Lambton, as well as projects in Middlesex, Huron and other Ontario counties, is developing plans for its Hardy Creek Wind Energy Centre in Warwick, Brooke-Alvinston and Adelaide-Metcalfe townships.

“We’ve got a base of landowners signed up,” said Ben Greenhouse, director of development for NextEra Canada. “We’re interested in signing more.”

The company has also approached municipal governments in the three communities as it prepares to bid under the Large Renewable Procurement process expected to award contracts for up to 300 MW of new wind energy generation in Ontario. “There is still a major hurdle for the project to overcome, which is getting a contract to sell power,” Greenhouse said. “The project is really in its infancy right now.”

Ontario’s Independent Electricity System Operator released final details for a request for proposals Tuesday, with a submission deadline of Sept. 1. NextEra is one of 42 companies that qualified earlier to submit proposals under the new procurement program. Greenhouse said NextEra is considering a 100-MW to 120-MW proposal for the Hardy Creek project, with a maximum of 50 to 60 turbines. Read article